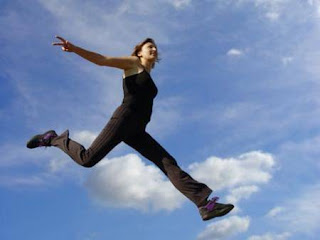 The marketing concept is the philosophy that firms should analyze the needs of their customers and then make decisions to satisfy those needs, better than the competition. Today most firms have adopted the marketing concept, but this has not always been the case.

In 1776 in The Wealth of Nations, Adam Smith wrote that the needs of producers should be considered only with regard to meeting the needs of consumers. While this philosophy is consistent with the marketing concept, it would not be adopted widely until nearly 200 years later.

To better understand the marketing concept, it is worthwhile to put it in perspective by reviewing other philosophies that once were predominant. While these alternative concepts prevailed during different historical time frames, they are not restricted to those periods and are still practiced by some firms today.

By the early 1930's however, mass production had become commonplace, competition had increased, and there was little unfulfilled demand. Around this time, firms began to practice the sales concept (or selling concept), under which companies not only would produce the products, but also would try to convince customers to buy them through advertising and personal selling. Before producing a product, the key questions were:
• Can we sell the product?
• Can we charge enough for it?
The sales concept paid little attention to whether the product actually was needed; the goal simply was to beat the competition to the sale with little regard to customer satisfaction. Marketing was a function that was performed after the product was developed and produced, and many people came to associate marketing with hard selling. Even today, many people use the word "marketing" when they really mean sales.


After World War II, the variety of products increased and hard selling no longer could be relied upon to generate sales. With increased discretionary income, customers could afford to be selective and buy only those products that precisely met their changing needs, and these needs were not immediately obvious. The key questions became:
• What do customers want?
• Can we develop it while they still want it?
• How can we keep our customers satisfied?
In response to these discerning customers, firms began to adopt the marketing concept, which involves:
• Focusing on customer needs before developing the product
• Aligning all functions of the company to focus on those needs
• Realizing a profit by successfully satisfying customer needs over the long-term
When firms first began to adopt the marketing concept, they typically set up separate marketing departments whose objective it was to satisfy customer needs. Often these departments were sales departments with expanded responsibilities. While this expanded sales department structure can be found in some companies today, many firms have structured themselves into marketing organizations having a company-wide customer focus. Since the entire organization exists to satisfy customer needs, nobody can neglect a customer issue by declaring it a "marketing problem" - everybody must be concerned with customer satisfaction.
The marketing concept relies upon marketing research to define market segments, their size, and their needs. To satisfy those needs, the marketing team makes decisions about the controllable parameters of the marketing mix.
Posted by Kamal Kant Kaushal at 8:14 AM

Kamal Kant Kaushal
I think of myself as an intelligent, sensitive human being with the soul of a clown, which always forces me to blow it at the most important moments. I have brought myself, by long meditation, to the conviction that a human being with a settled purpose must accomplish it, and that nothing can resist a will, which will stake even existence upon its fulfillment. When I examine myself and my methods of thought, I come to the conclusion that the gift of fantasy has meant more to me than any talent for abstract, positive thinking. I am a Management graduate, extremely passionate about Marketing and want to be Marketing-Technocrat before leaving this world.